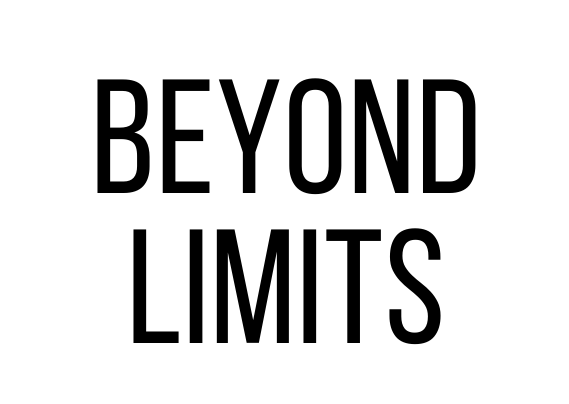 Into the RED-S: Duathlon World Champion Simon Hoyden on Energy Deficiency in Sport

Halfway through his twenties, Simon Hoyden couldn’t make it through a day without spending a large portion of the afternoon asleep. He would get up at 9, have lunch around noon and get so tired that he had no other choice than to sleep. Waking up at 6 p.m., he spent the rest of the night awake, trying to go back to sleep.

“Some nights I laid awake for two to three hours in the early morning, just to fall back asleep around six a.m. My sleep rhythm was completely destroyed,” says Hoyden, who won the duathlon world championship in 2015. “I would never wish this upon anyone.”

In the quest for a reason for his sleep problems, he went to one doctor after another. The most common response was: “It’s a mental health problem.” But Hoyden was certain that his symptoms were beyond mental health.

A disrupted sleep cycle was not the only issue he had to deal with. As a passionate runner and triathlete from Germany, Hoyden battled multiple injuries–ranging from tendonitis to bursitis to shin splints. He was constantly sick, which he attributed to a weak immune system. On top of it all, he suffered from hypothyroidism and adrenal fatigue.

Over the course of the years, the number of doctors he consulted climbed up to 15. And no one could offer him a definite answer to what caused these problems. Until he saw a naturopath, who diagnosed Hoyden with chronic fatigue syndrome at the age of 28. And at the bottom of it all, he found that his fatigue was caused by a relative energy deficiency in sport (or RED-S) that had lasted for almost 15 years.

“It all started at the age of 14 or 15, when I joined the local athletics club,” Hoyden says. “We would have a hard track workout and at that age, I didn’t really know how to fuel myself properly. So we practiced for two or three hours a day and by the time I had food, I would rather binge instead of eat.” 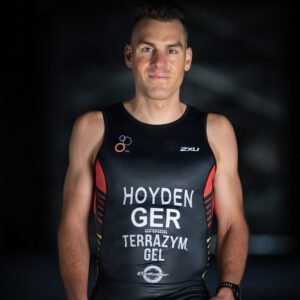 In his teenage years, Hoyden quickly climbed up the ranks, running 33 minutes for a 10k at age 17. But four years later, at 21, the clock would still show 33 minutes when he crossed the finish line.

“At some point, I just stopped improving,” he says. “I was extremely tired and had to drag myself to every practice.”

When an athlete stops developing, the first factor to look at is training. He tried to switch up his training plan, his coaches, and even teams.

“I always thought my training was the reason I didn’t get faster,” he says. “But I never asked myself if my energy input fuels the training I do.”

Diagnosing RED-S isn’t always clear-cut. It’s not obvious. “Being in an energy deficiency doesn’t mean you have to be skinny,” Hoyden says. “I was always more of an athletic body type that carries a lot of muscle, so when I was doing really bad, I tended to get a lot of water retention and people would point out how big my thighs were.”

If the energy input doesn’t equal the energy output, the body is under immense stress because it isn’t given enough resources to repair the micro-damage caused by a workout. As a result, the metabolism slows down, non-essential biological systems are at risk of shutting down, and inflammatory markers shoot up.

“That’s when athletes start getting overuse injuries because their body can’t compensate for the insufficient energy intake,” Hoyden says.

In women, the slowdown of the metabolism has an additional effect on their bodies: a deficiency in the hormone estrogen and the loss of the menstrual cycle. This further affects the bone metabolism, which leads to a reduction of the bone mineral density and stress fractures.

“The body can withstand an energy deficiency for years and the athlete won’t even notice that something is wrong. Especially if you’re very ambitious it’s hard to overhear those signals,” Hoyden says. “And once you’re at this point of no return, it’s a long process of recovery.”

After all those years of searching for the right diagnosis, Hoyden was left spending several thousand euros on recovery from RED-S and chronic fatigue syndrome.

“It doesn’t happen overnight,” he says. He started treatment in 2017, which also meant he had to make great changes to his everyday life choices. With the help of a nutritionist, he figured out how much food he actually needs and, more importantly, how much carbs, fats and protein his diet should contain.

“There’s carbs and fats, which provide us with the energy to keep our body running. And then there’s protein, which we need to build our house, hence our body,” Hoyden explains. If either one or both of these macronutrients are lacking, our ability to perform decreases.

Another commonly accepted mistake is fasted training. Hoyden recommends exercise on an empty stomach only for highly experienced athletes. “If you don’t fuel yourself correctly after a fasted run, it only causes an energy deficiency that can lead to decreasing performance and extreme exhaustion.”

Over the years that Hoyden has been working as a private coach, he had a lot of athletes ask him “Why am I so tired? Why do I binge at night?” To him, the answer is a simple question: “When do you fuel your car–before or after you reached your destination?”

Athletes should treat their bodies like their cars–filling them up with fuel before they head out for a run or a bike ride, not after. That doesn’t only make exercising more enjoyable, but also prevents injuries and sickness (quite literally) in the long run.

Hoyden also advises his athletes to get enough rest. “I decided to get a private coach. And I got a training plan that contained two rest days a week. At first, I thought he was kidding me,” he says. “But now that I have my own coaching certification, I understand why rest is important.”

“Nutrition is a central part of fitness and weightlifting, whereas in endurance sports it’s barely talked about,” he says. “The problem is that if we don’t change our education system, the problem will persist.”

That’s why Hoyden is planning to start his own team of athletes to educate them about the interconnection of nutrition and exercise. “I want to pass on my experiences and make a difference.”